The winners of the second edition!

That was it! The second edition of the Karel van Eerd Music Award is officially over. Last Thursday, four bands tried to win over the public and jury. And they did! Choosing the winners proved to be quite a difficult task once again. The final decision as winner of the Grand Prize: Sons of Freud’s wife! 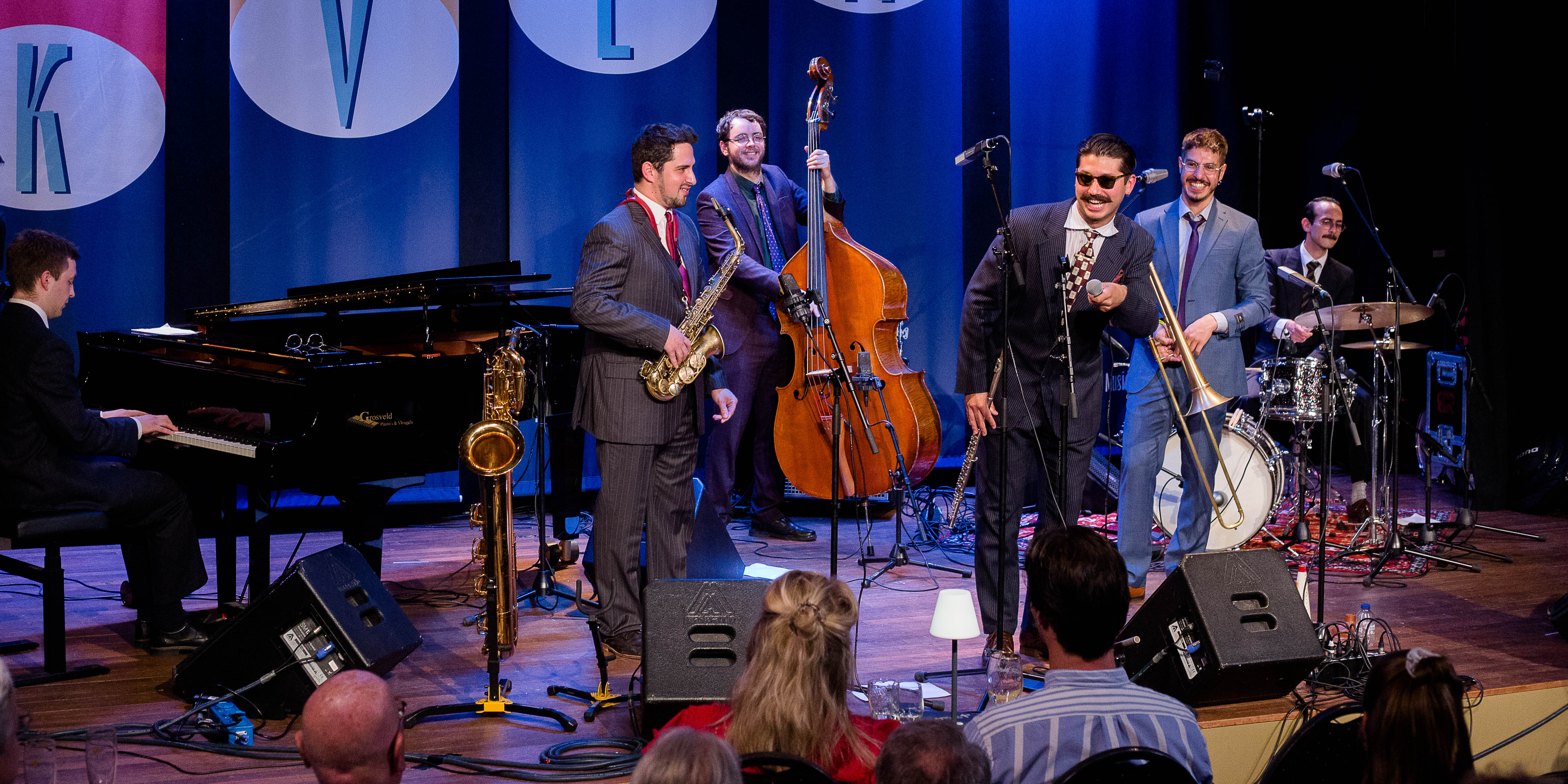 The Finale
This edition’s finale took place in the beautiful venue ‘Podium Azijnfabriek’ in ‘s Hertogenbosch. With a small public of around 100 people, it was an intimate event where each band connected with the audience. All on their own unique way with different styles of jazz. After the last performance the jury withdrew and discussed who they thought should win which prize.

Jazz in Duketown
The finale was also the start of Jazz in Duketown, the biggest free open-air festival in The Netherlands. On Friday, the Karel van Eerd Music Award had their own stage at the Noord Brabants Museum. The bands changed this empty square into a full one with many people enjoying their music. The festival took place from 3 to 6 June 2022.

Edition 3
The 2021 catch-up edition ended 13 March 2022. Which was immediately followed by the second edition. With a total of six winners this year, the coming months we will be busy with carrying out the prizes we have promised. Planning two European tours, two coaching trajectories for the jury prizes and the artist support deals that the individual prize winners received. Furthermore, we will launch and develop our new platform MusIQ365 by slowly adding more and more users. We will keep you updated on the socials. And of course, we will be coming back with a third edition in the beginning of 2023!